The second Mrs. Carterette did not match her Edwardian name. She did not look like a Kitty. She was so fair that without her make-up she would have seemed bleached. Her figure was well-disciplined and her face had been skillfully drawn up into a beautifully cared-for mask. Her greatest asset was her acquired inscrutability. This, of itself, made a femme fatale of Kitty Cartarette. She had, as it were, been manipulated into a menace.
(from Scales of Justice, by Dame Ngaio Marsh)
Posted by MICHAELSPAPPY at 6:03 AM No comments: Posted by MICHAELSPAPPY at 3:20 PM No comments:

How to describe being in love

"Elsa," she said, suddenly, "What is it like? How does it feel, knowing that there's someone who is fonder of you than anything?
Elsa closed her eyes. "It's like eating berries and Cream in a new dress by moonlight on a summer night while somebody plays the violin far away in the distance so that you can just hear it."
Her eyes opened again. "And it's like coming along on a winter evening and seeing the windows lit up and knowing you've reached home."
(from The Prince and Betty, by Sir Pelham Wodehouse. Sir Pelham could get right poetic when he set his mind to it.)
Posted by MICHAELSPAPPY at 4:32 AM No comments:

Heflin is one of our favorite actors. He was really good at playing low-key, whimsical detective sorts.
His name (Van) was short for his middle name, Evan.
He won the Oscar for Best Supporting Actor in Johnny Eager
He was born in Oklahoma, the son of a dentist.
He had a Master's Degree in theater from Yale, so he was more qualified than the average actor.
His sister, Fran, was a regular on the soap opera All My Children.
During World War II he served as a combat cameraman with the 9th Air Force in Europe.
Nineteen different Los Angeles real-life detectives attended the radio performances of Philip Marlowe when Heflin had the role.
Heflin died from a heart attack suffered in his swimming pool. He was in a coma for 17 days.
His grandfather and four granduncles served in the Alabama Cavalry in the War Between the States. 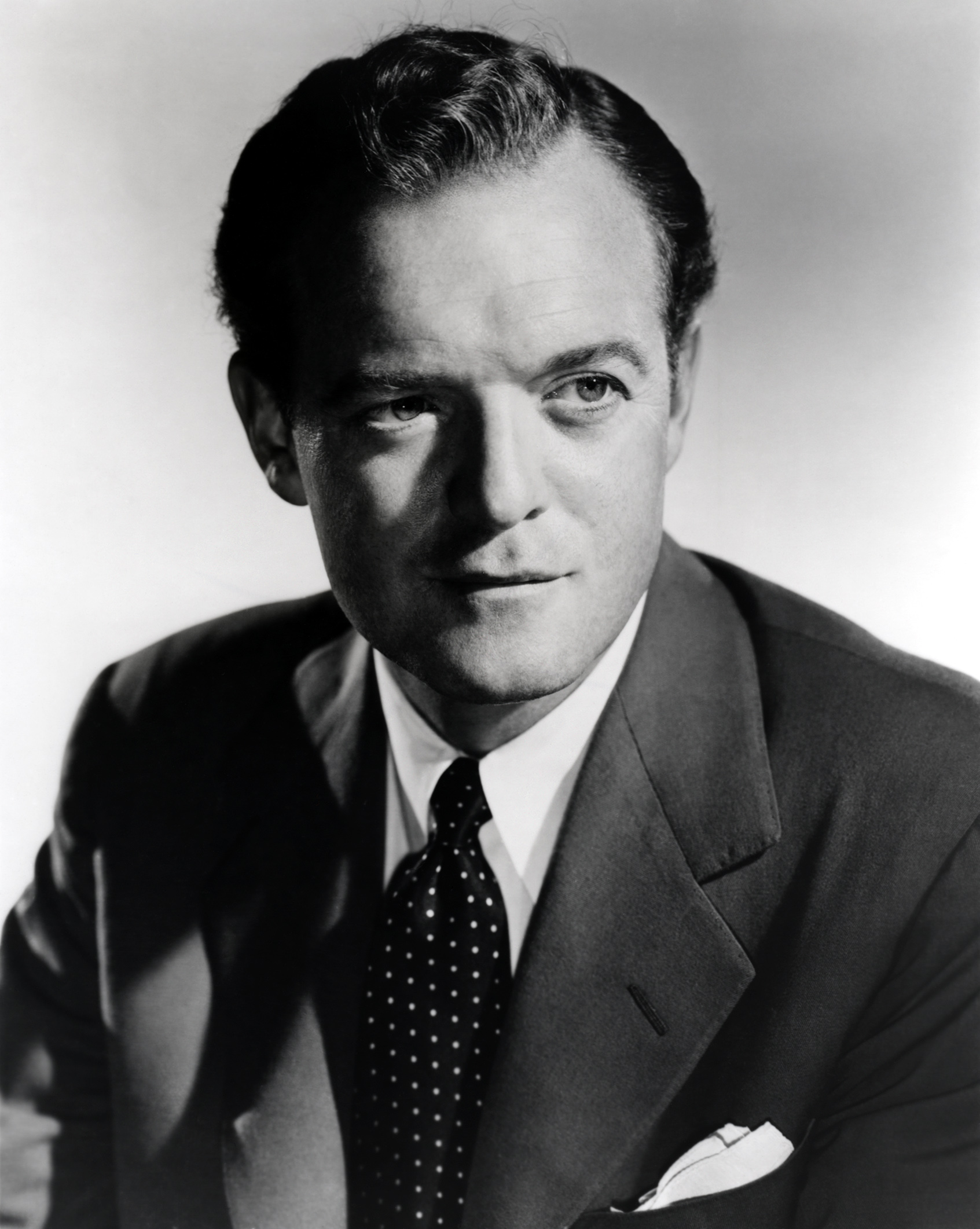 Posted by MICHAELSPAPPY at 4:27 AM No comments:

I am a Green. Obviously I am one by name. I do not hold to the extreme environmentalist attitudes, so I am not one in that respect.

But one way in which I am really Green is in my appreciation of the color. As I look out my window this morning the yard and pasture has that deep green color that makes springtime such an invigorating season. Very pleasing on the eyes and to the soul.
Posted by MICHAELSPAPPY at 5:46 AM No comments:

Why on arth do you think that you would have been happy with this girl? What do you know about her except that she is a beauty? I grant you she's that, but are you aware of the infinitesimal part looks play in married life? My dear chap, better is it for a man that he marry a sympathetic gargoyle than a Venus with a steak of hardness in her. You know - and you would admit it if you were honest with yourself - that this girl is hard. She's got a chilled-steel soul.

(from Uneasy Money, by Sir Pelham Wodehouse)
Posted by MICHAELSPAPPY at 5:10 AM No comments:

"He couldn't do anything till he had consulted Jerry, so there was no use in worrying. And, being one of those rare persons who can cease worrying instantly when they have convinced themselves that it is useless, he dismissed the entire problem from his mind and returned to the more congenial occupation of thinking of Elizabeth." (from Uneasy Money, by Sir Pelham Wodehouse)

Wouldn't that be a wonderful ability to have - just to be able to turn off worrying at will?
Posted by MICHAELSPAPPY at 5:30 AM No comments:

Not up to snuff as a creeper

Of what was taking place he had not the remotest notion. All he knew was that for some inexplicable reason his quarry had come to a halt and seemed to have settled down for an indefinite stay. Voices came to him in an indistinguishable murmur, intensely irritating to a conscientious tracker. One of Fenimore Cooper's Indians - notably Chingachgook, if, which seemed incredible, that was really the man's name - would have crept up without a sound and heard what was being said and got in on the ground floor of whatever plot was being hatched. But experience had taught Mr. Pickering that, superior as he was to Chingachgook and his friends in many ways, as a creeper he was not in their class. He weighed thirty or forty pounds more than a first-class creeper should. Besides, creeping is like golf. You can't take it up in the middle forties and expect to compete with those who have been at it from infancy.

(from Uneasy Money, by Sir Pelham Wodehouse)
Posted by MICHAELSPAPPY at 5:13 AM No comments:

A feeling of helplessness swept over Mr. Pickering. He was vaguely conscious of a sense of being treated unjustly, of their being a flaw in Claire's words somewhere if he could only find it, but the sudden attack had deprived him of the free and unfettered use of his powers of reasoning. He gurgled wordlessly, and Claire went on, her low, sad voice mingling with the moonlight in a manner that caused thrills to run up an down his spine. He felt paralyzed. Caution urged him to make some excuse and follow it with a bolt to the drawing-room, but he was physically incapable of taking the excellent advice.

Sometimes when you are out in your Pickering Gem or your Pickering Giant, the car hesitates, falters, and stops dead, and your chauffeur, having examined the carburetor, turns to you and explains the phenomenon in these words: "The mixture is too rich." So was it with Mr. Pickering now. The moonlight alone might not have held him; Claire's voice along might not have held him; but against the two combined he was powerless.

(from Uneasy Money, by Sir Pelham Wodehouse)
Posted by MICHAELSPAPPY at 4:58 AM No comments:

The surface of the frame was black with what appeared at first sight to be a thick, bubbling fluid of some sort, pouring viscously to and fro as if some hidden fire had been lighted beneath it. Only after a closer inspection was it apparent to the lay eye that this seeming fluid was in reality composed of mass upon mass of bees. They shoved and writhed and muttered and jostled, for all the world like a collection of home-seeking City men trying to secure standing room on the Underground at half-past five in the afternoon.

(from Uneasy Money, by Sir Pelham Wodehouse)
Posted by MICHAELSPAPPY at 4:36 AM No comments:

"I don't see why you should worry, Bill. How, by any stretch of the imagination, can you make out that you are to blame for this Boyd girl's misfortune? It looks to me as if these eccentric wills of old Nutcombe's came in cycles, as it were. Just as he was due for another outbreak he happened to meet you. It's a moral certainty that if he hadn't met you he would have left all his money to a Home for Superannuated Caddies or a Fund for Supplying the Deserving Poor with Niblicks."

(from Uneasy Money by Sir Pelham Wodehouse)
Posted by MICHAELSPAPPY at 4:54 AM No comments:

Stay away from wills

"We've got the will in the old oat chest," went on Jerry Nichols. "I won't show it to you, partly because the governor has got the key and he would have a fit if he knew that I was giving you early information like this, and partly because you wouldn't understand it. It is full of 'whereases' and 'peradventures' and 'heretofores' and similar swank, and there aren't any stops in it. It takes the legal mind, like mine, to tackle wills."

(from Uneasy Money, by Sir Pelham Wodehouse)
Posted by MICHAELSPAPPY at 5:04 AM No comments:

The proprieties of rank

"It's so exasperating!" she broke out. "When I first told my friends that I was engaged to Lord Dawlish they were tremendously impressed. They took it for granted that you must have lot of money. Now I have to keep explaining to them that the reason we don't get married is that we can't afford to. I almost as badly off as poor Polly Davis who was in the Heavenly Waltz Company with me when she married that man, Lord Wetherby. A man with a title has no right not to have money. It makes the whole thing farcical."

(from Uneasy Money, by Sir Pelham Wodehouse)
Posted by MICHAELSPAPPY at 5:11 AM No comments:

His tastes were simple. As long as he could afford to belong to one or two golf clubs and have something over for those small loans which, in certain of the numerous circles in which he moved, were the inevitable concomitant of popularity, he was satisfied. And this modest ambition had been realized for him by a group of what he was accustomed to refer to as decent old bucks, who had installed him as secretary of that aristocratic  and exclusive club, Brown's in St. James Street, at an annual salary of four hundred pounds. With that wealth, added to free lodging at one of the best clubs in London, perfect health, a steadily-diminishing golf handicap, and a host of friends in every walk of life, Bill had felt that it would be absurd not to be happy and contented.

(from Uneasy Money, by Sir Pelham Wodehouse)
Posted by MICHAELSPAPPY at 4:52 AM No comments: