Nine men have worn five stars in the military of the United States: five Generals of the Army and four Fleet Admirals. Without much doubt the least known of these nine was Fleet Admiral William Daniel Leahy. He had been Chief of Naval Operations (1937-1939), following which he undertook a couple of diplomatic posts. He was recalled to active service by President Roosevelt in 1942 as his personal Chief of Staff. In addition, he chaired the Chiefs of Staff during the war. According to Wikipedia, from 1942 to 1949 he was the highest-ranking member of the military, reporting only to the President. 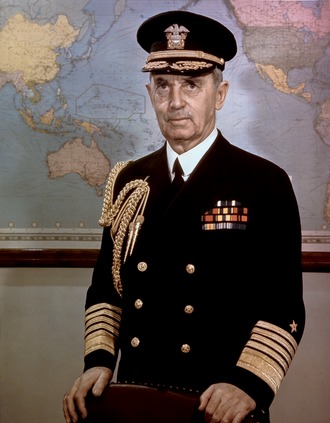 Posted by MICHAELSPAPPY at 6:08 AM

Is there so few because there can be only one at a time or that that rank is hard to achieve?

The rank was only active during World War II, in order for the US to have a rank equivalent to the European grade of Field Marshall.