What is the name of the MGM lion? There actually have been seven of them through the years, and all of them have been called "Leo," although that is the actual name only of the current holder. In order, they have been:

Jackie appeared in over a hundred movies, in addition to his logo work, including the Johnny Weismuller "Tarjan" films 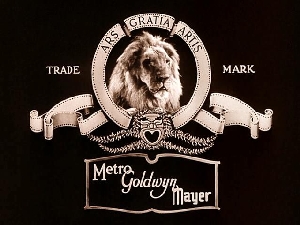 Posted by MICHAELSPAPPY at 4:46 AM