Anthony Caruso: not what he seemed

He had the name and the face for it: Anthony Caruso, with a cleft chin and chiseled features that looked exactly like what he was - the son of Italian immigrants. After he made his film debut in 1940, he had a variety of roles, with a good number of them being gangsters and heavies.

However, in real life Caruso was far from a "heavy." He was happily married for 63 years, and he was described as "the consummate family man" who was very fond of gardening and cooking. The Carusos were a "tongue-twister family: Tony and Tonia were the parents of Tonio and Tina. 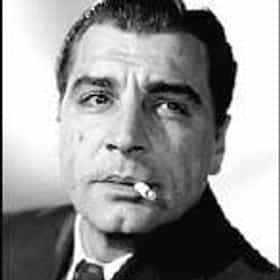 Posted by MICHAELSPAPPY at 5:29 AM