Skinnay Ennis - not the best of the crooners

He was the bandleader on the Bob Hope military programs. "Skinnay" was the spelling he used for his nickname. He was slender, but certainly not emaciated as one might have been led to believe by the jokes made at his expense on the show. He was a crooner of sorts, and sang with the band, but his voice was far from outstanding. 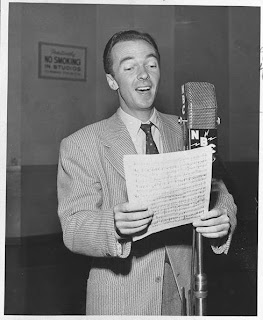 Posted by MICHAELSPAPPY at 3:23 PM